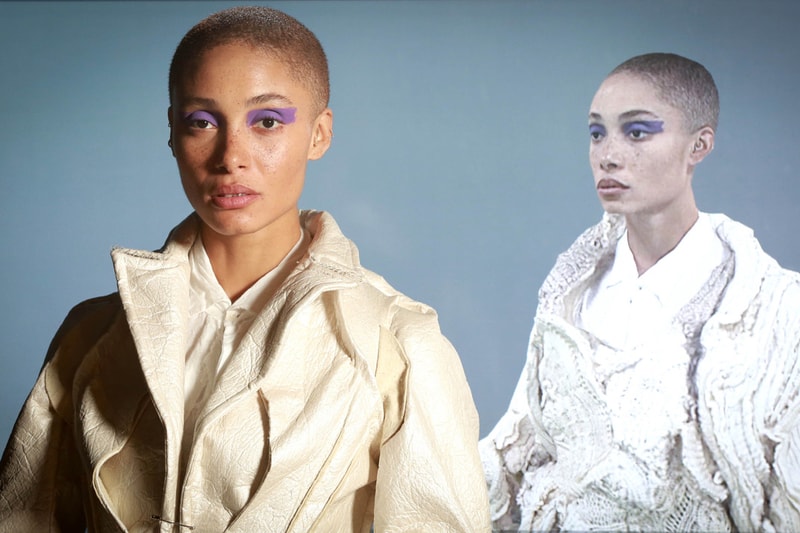 Three is teaming up with London Fashion Week to announce its wider 5G rollout with an MA Fashion Central Saint Martins show that brings a multi-sensory experience to the runway.

The technology exhibited will see top-model Adwoa Aboah strut down the runway as a 5G fuelled, high definition, full-size digitalized version of herself. While Aboah sits on the front row, Three will enable showgoers to see her in action in real life and on their smartphones at any angle imaginable, walking down the runway in a look designed by upcoming graduate designer Paolo Carzana.

Three aims to transform fashion weeks of the future with its “Real 5G” technology, which will bring spatial audio, haptic feedback, a 46-meter projection of the length of the runway, an array of aromas and more alongside the virtual representation of Aboah. As a result of this advancement, Three offers the ability for models to appear in numerous shows simultaneously all around the world.

Connie Harrison, the director specializing in immersive experiences said in a press release, “Every audience member will wear headphones which will work alongside a large scale audio speaker array, a stunning giant 4K CG animation that stretches the length of the runway, haptics in every seat, scent, next-level sound design and a virtual model — all working together to draw audiences into the MA students’ world. It should feel reflective, beautiful and moving. And, a first.”

Three’s 5G mobile will be available in 68 new locations across the UK from the end of February, including major cities such as London, Cardiff, Glasgow and Belfast.

In case you missed it, read what Shayne Oliver had to say about the return of Hood By Air.